How To Watch Patriots Game

It is not really surprising that the odds for the Chargers vs. Patriots game favor Los Angeles. Justin Herbert is viewed as the more polished of the two QBs, and the Chargers have the edge when it comes to their offensive playmakers.

There are two elements that potentially balance this game back towards the Patriots. Firstly, Bill Belichick should have a clear coaching advantage over Brandon Staley. For all the good Staley has done coaching-wise, he has made at least one head-scratching decision. Secondly, it appears the atmosphere within the stadium could be very pro-Patriots. Los Angeles has a lot of Boston transplants, and this could almost have the feel of a Patriots home game.

The Chargers should win, and if they want to be considered serious AFC contenders, they have to come out victorious. However, New England will push them all the way. With a record of 3-4, the Patriots are fighting for their postseason chances. A loss for either team would be very damaging to their respective playoff aspirations. The Chargers cannot afford to drop many more games outside of their division, while the Patriots need to stay front and center in the AFC Wild Card race.


KEEP READING OR BROWSE AROUND

It is possible to watch New England Patriots games live online or on TV without an expensive Cable TV package. Usually these games are on CBS, but that may change depending on schedule, type of game or national interest.

Use a TV antenna to watch the games on your TV

If the game is on either CBS, NBC, FOX or ABC, you can likely watch it live free if you have an inexpensive device called a digital TV antenna. A TV antenna allows you to watch your local broadcast channels for free once you’ve bought the antenna. This however requires your home to be within range of the local station that is carrying the game.

While using an over-the-air TV antenna is still the best way to freely watch most NFL games, if the New England Patriots game is on ESPN, NFL Network or is blacked out for attendance reasons, you can still watch it, albeit with a little bit of work involved.

If you are looking to stream NFL games online using one of their official apps, you have a few options:

If the NFL attempts to blackout live streaming of New England Patriots games due to you being within the their home viewing area, use a VPN to get around it.

You have not set your location.

Patriots Vs Chargers Live Streams In The Us

In the US, today’s Patriots vs Chargers is going to be broadcast on CBS, which is available with most cable packages and on one of our favorite streaming services: fuboTV.

You can get your local CBS network’s NFL games via Paramount Plus, if you want.

So, that makes it really easy to recommend where cord-cutters should turn to watch the NFL season: Fubo TV. Built for all things sports, Fubo has all three of those local broadcasters, plus ESPN and NFL Network. That’s why it’s one of the best streaming services.

Sling TV doesn’t have CBS , so while that’s one of our favorite services, it’s not ideal for football fans.


Fubo.TV: One of the best streaming services with FOX, and the top pick for watching all of the 2021 NFL live streams, Fubo has all of the right network channels and the two cable channels you don’t want to go without. Who needs cable? Not Fubo subscribers. It’s got a 7-day free trialso you don’t need to pay up front.

What Channel Is Patriots Vs Dolphins On Today 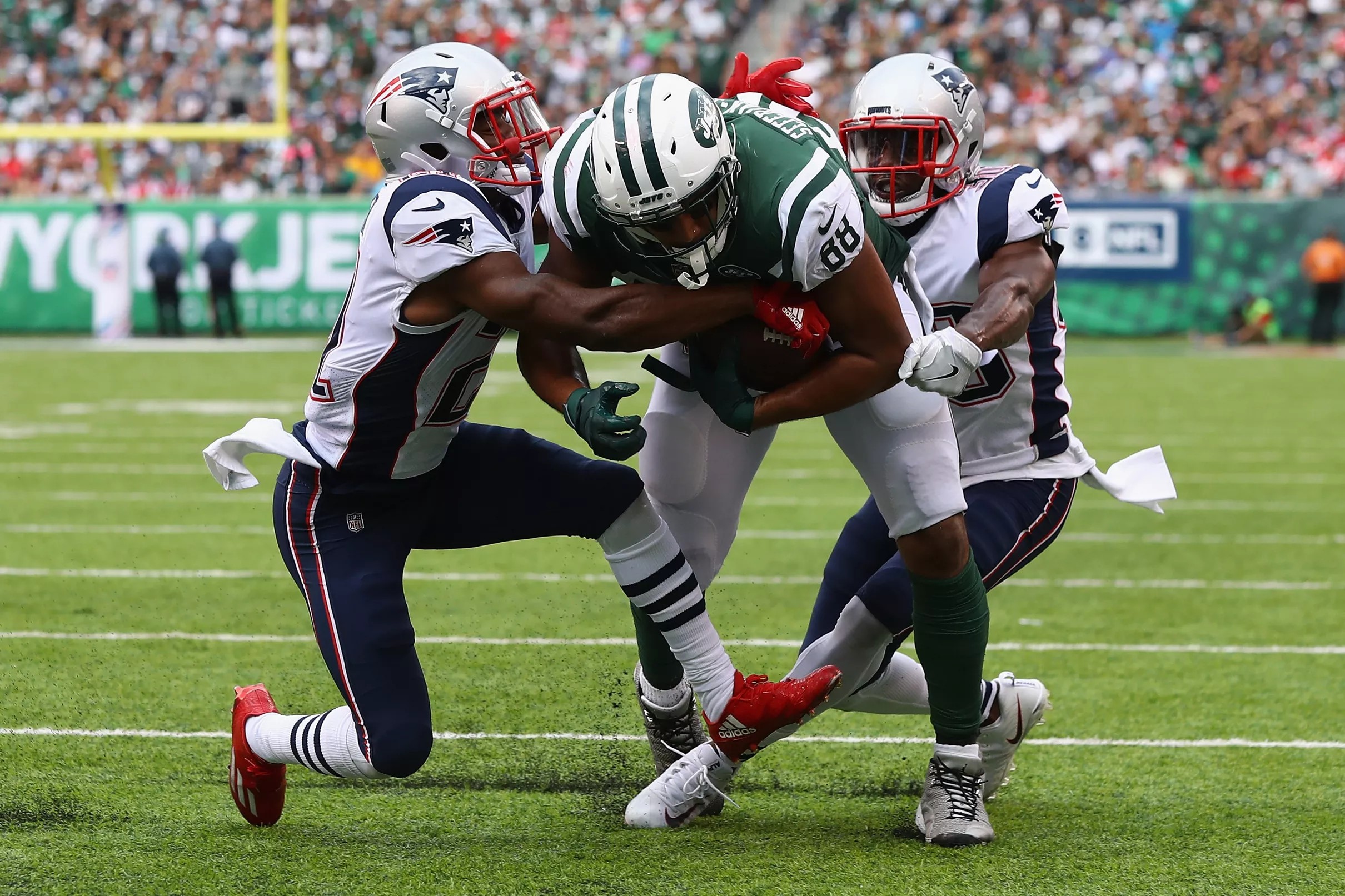 Kevin Harlan and Trent Green will call the game from the booth with Melanie Collins reporting from the sidelines.

In Canada, viewers can watch 49ers vs. Rams on DAZN, which has rights to every NFL game.

What is our prediction for this week’s Patriots vs. Chargers matchup, what are the latest odds, and what channel is the game on?

Making a prediction for this Sundays New England Patriots vs. Los Angeles Chargers game is made tough by the recent performances of the two teams. After the Patriots pushed the Cowboys and Buccaneers all the way, can they go into LA and upset the Chargers? Lets take a look at the current NFL odds for Patriots vs. Chargers and what channel you can watch the game on.

Can I Watch The Cowboys Game Live On Hulu


If you want even more football, you can add on the NFL RedZone for $11 more a month with the Sports Plus package. A cloud DVR with 250 hours of storage will help you keep up with every moment, so you dont miss a single play.

If you live within distance of your local broadcast networks then you can see every single NFL game with a digital antenna. OTA antennas are the least expensive way to see all of the games. Todays antennas have come a long way from what you may have been used to as a child. The pictures are in high-definition and appear as good, if not better than the streaming services and todays antennas have increased range.

We recommend checking out Antennas Direct for the best indoor and outdoor antennas. You can also utilize their to see which broadcast channels are available in your area.

ESPN+ does not offer any live or on-demand video of broadcasted NFL games such as Monday Night Football, but the service does provide exclusive access to fantasy football advice. You can see Matthew Berrys The Fantasy Show, which is a 30-minute show giving tips and special insights from top fantasy football experts.

ESPN+ also provides special features for your ESPN-based fantasy team such as exclusive draft cheat sheets, the ESPN+ Fantasy Football Value Generator, and even a special tool to optimize your lineup each week. The app is available on most streaming devices.

Additionally, offers live and on-demand coverage of MLB, MLS, UFC, college football, and several other popular sports. Watch ESPNs original content such as Peytons Places. Peytons Places on ESPN+ is a 30-episode series where he travels the country and looks at the history of the NFL, from kicking barefoot with Rich Karlis to trying to re-create The Immaculate Reception with Terry Bradshaw and Franco Harris.

The service only costs $6.99/month or $69.99/annual. This is a must-have for any sports fan and pairs great with Hulu and.


You May Like: How Many Democrats And Republicans Are In The House

Its the Tampa Bay Buccaneers vs New England Patriots tonight on Sunday Night Football. Live coverage begins at 7:00 p.m. ET with Football Night in America. Tonights match-up will also be available via live stream on Peacock.

Tom Bradyreturns to Foxborough for the first time since departing in 2020 and he needs just 68 yards in the air to break the record for the most passing yards in NFL history. Former Saints QB Drew Brees, who retired at the end of last season, currently owns the record with a total of 80,358 yards. If the Buccaneers beat the Patriots, Brady would also have a win against all 32 NFL teams. He would join Brees, Brett Favre and Peyton Manning as the only quarterbacks to tally a win against every NFL team as the starter.

The Buccaneers are coming off a 34-24 loss against the Rams on Sunday at SoFi Stadium which snapped Tampa Bays 10-game winning streak dating back to week 12 of last season. Brady went 41-of-55 passing for 432 yards with a touchdown and ran a QB sneak for a 1-yard score. This was the first time in the regular season that hes thrown for at least 400 yards with no interceptions, and lost. Brady will be without TE Rob Gronkowski for this matchup as his fellow former Patriot is dealing with fractured ribs and did not travel to New England.


RELATED:Richard Sherman signing with the Buccaneers 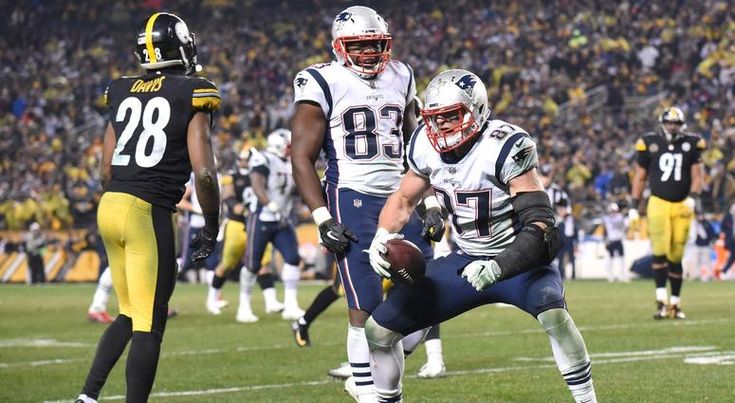 Cowboys vs. Falcons is scheduled to start at 1 p.m. ET, one of six regional early games on Fox. The South and South-Central region will have access to the game on Fox. The rest of the country will have access to Detroit vs. Green Bay, Minnesota vs. Indianapolis, San Francisco vs. New York Jets, Los Angeles Rams vs. Philadelphia or Carolina vs. Tampa Bay.

This is a really intriguing matchup between these two AFC teams, especially with the Patriots having pushed two potential Super Bowl contenders in the past four weeks. Their offensive numbers have been somewhat slanted by their lopsided victory over the Jets in Week 7, but even without that game, they have still had a solid showing on offense.

Among the rookie QBs, Mac Jones has looked the most consistent. He is currently the only rookie ranking above the league average in Pro Football Networks Offensive Value Metric. Additionally, the Patriots rank in the top 10 offensively in third-down conversion rate and points per drive. The defense blowing hot and cold is a concern, but the offense is standing up to the task so far.

The Chargers have actually been a touch disappointing at times this season. Their 4-2 record includes two losses against Super Bowl contenders, which is disappointing but not a complete disaster. However, the performance of their offense and defense as individual units is below what we expected of them coming into the year.

Hightower is listed as questionable for Sunday’s game against the Jets.

Hightower’s designation comes after being a non-participant at Friday’s practice. Several of New England’s linebackers have drawn questionable tags. The middle linebacker’s final status will be determined by how he is feeling closer to kickoff.

Are The Patriots On Netflix Or Hulu

Netflix hasnt figured out sports yet. There are no live sporting events, including the Patriots games streaming on Netflix. It would be an epic turn in the saga of online streaming if an NFL game appeared on Netflix but so far it hasnt happened.

Hulu now has a live TV option so you can basically watch any Patriots game that way these days:

How To Watch Tampa Bay Buccaneers Vs New England Patriots:

Patriots Game On Cbs Stream It Free With Paramount Plus

Paramount Plus now gives you access to NFL games in your region! If youre looking to watch the Patriots online when the game is on CBS, their inexpensive streaming service is a great way to do so. It also gives you access to their back catalog as well as live streams of all their shows.

How Many States Are Controlled By Republicans

Is Congress Made Up Of Democrats Or Republicans